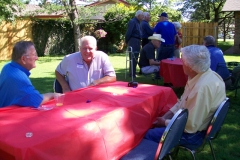 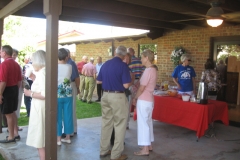 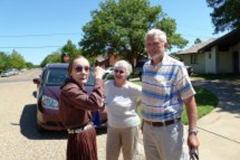 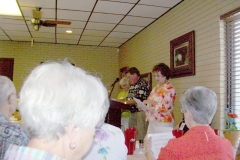 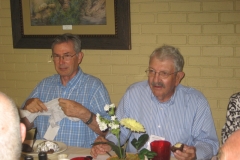 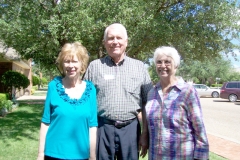 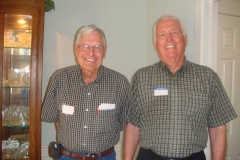 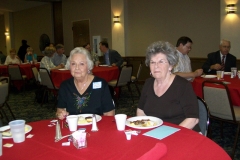 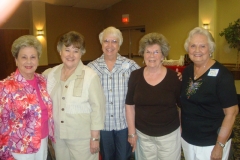 Saturday-Brunch at the Home of Norman Huggins

The Class of “54” invited the Class of “53” to join them for lunch on Saturday, July 31, at the West Texas Wood Grill Steak House.  Program included a review of articles published in the Plainview High Student Newspaper during the year of 1953-54.  (See photos)

The Class of 1953 was invited to Tea at the home of I.J. Shrum (West).  Scrapbooks, old annuls, tall tales and hugs and kisses were exchanged.  Class picture was taken.  Fun and fellowship lasted the afternoon until dinner time.  (See photos)

Emcee Rev. Jim Ritter, class of 1962, gave the welcome and memorial message.  Shayla Whelon, class of 1990 gave a musical selection.  Benediction was given by Jim Rives, class of 1960.  Door prizes were given and goodbyes until next time were expressed.  (See photos)

(Note:  Names and titles to be added to photographs on future edit.)

This entry was posted in Uncategorized. Bookmark the permalink.